June 05, 2017
Regarding 9 months ago, Rootjunky managed to bypass the factory reset protection (FRP) on Samsung gadgets simply by putting an OTG drive into the phone and setting up an app. bypass apk After that, two months later on, he discovered a vulnerability on LG phones; this time, he prevented FRP using talkback setups to open a browser, downloading an APK that opened up setups, adding a brand-new individual, switching over back to the primary account, and afterwards resetting without FRP. Nonetheless, this new manipulate for Samsung phones may be one of the most resourceful yet. 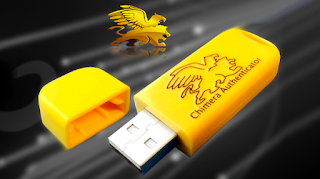 Factory reset protection was included in Android with 5.1 Lollipop, however given that different OEMs utilize different variants of Android, vulnerabilities can arise. custom binary boot blocked by frp lock This certain method needs to work with recent Samsung devices like the Galaxy S6, S6 edge, S6 active, S6 side+, Note5, S7, S7 side, S7 active, as well as the brand-new Note7. It is entirely possible that it will certainly function with other modern-day Samsung phones as well.

Rootjunky shows the imperfection with a T-Mobile Galaxy S7 on Android 6.0.1 with the July 1st security patch. After validating that the FRP is activated in the bootloader, he restarts the phone, attaches it to WiFi, then connects it to a computer.

The next step is downloading and install a program from his site that permits him to send out a phony call to the phone. As soon as the phone call can be found in, he strikes "Create call", scrolls completely down in the call creation listing, as well as clicks the "SCAN BUSINESS CARD" choice.

That opens a punctual to download and install business card scanning app on Galaxy Apps. From there, it's a matter of downloading and install a file supervisor after authorizing right into a Samsung account, which lets him reach an app he created that basically acts as a faster way to a Google sign-in screen. 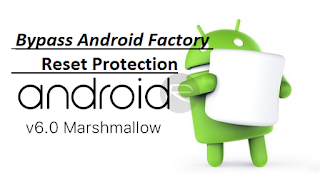 There, he strikes the three-dot food selection on the top right that permits him to open a websites to check in with. After this, he authorizes right into a new Google account, restarts the device, goes through the arrangement process again, and voila! The S7 has the ability to be used generally once more.

Factory reset security is expected to make stolen gadgets ineffective by avoiding thieves from utilizing them without the proprietor's Google account. Nevertheless, it is occasionally unwittingly triggered when people fail to remove their Google accounts prior to offering their phones.

A tip to vendors: don't transform your password prior to resetting your phone.Approved, Rootjunky's video can be made use of for wickedness, however, for buyers in that situation, it will most definitely can be found in convenient.

You can locate the full tutorial here. There's no assurance it'll work on every Samsung tool or every version, but that it services any kind of is still remarkable.